What happens if.... the dilemma of missing assignments when posting grades.

November 30, 2016
The time has come, the walrus said, to talk of many things. In my case, this walrus is talking about posting grades on Infinite Campus pretty much nonstop as of late. The "What happens if..." questions are likely the most frequent beyond the simple "how do I post" question (and I'll have more on that one later this week 💭).

Today's big question was what happens when you are posting grades and the student's most recent assignment under and indicator is marked as missing. In the end, there are two scenarios at play and the graphic below gives you a visual of what happens. 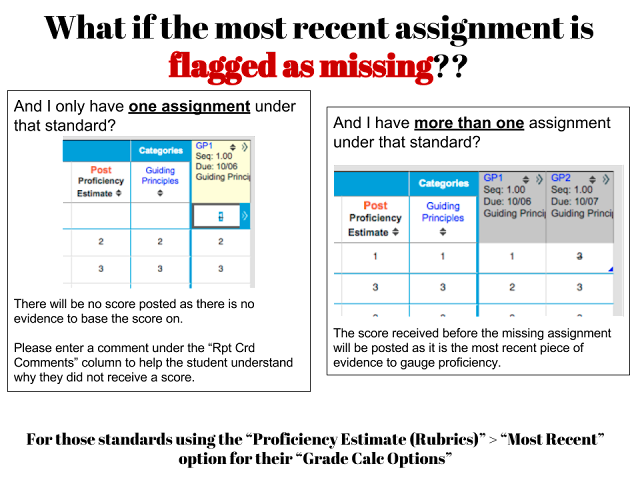 Keep in mind that this only effects those standards that are using the "Proficiency Estimate (Rubrics)" and "Most Recent" for the method option under "Grade Calc Options".

Baffled? Feel free to make an appointment with me and we can talk about it together to make sure you understand it all. 😀 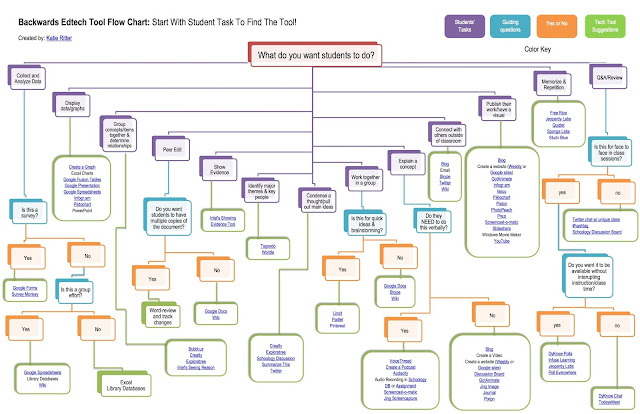